War began in the heart of Europe when Russian troops attacked Ukraine at the end of February. The Orthodox churches also play a major role in the conflict. The Russian Orthodox Church is trying to ideologically underpin Putin’s war in Ukraine. However, the war has triggered a new dynamic for the Orthodox Churches in Ukraine. We spoke with Bielefeld sociologist of religion Dr Leif Seibert about these developments.

The head of the Russian Orthodox Church, Kirill I, backs Putin: he has described the opponents of the Russian army in Ukraine as ‘forces of evil’. In this context, for instance, he mentioned the liberal treatment of homosexuals and how he believes that Russia is engaged in a culture war against decadence. This is one of the ways Kirill I seeks to justify the war against Ukraine. How much do Putin and the Russian Orthodox Church depend on each other?

In Russian Orthodox theology, the term ‘symphonia’ is often used. This refers to the claim of a harmonious interplay between ecclesiastical and secular rule. Needless to say, this concept, which dates back to antiquity, cannot easily be transferred to modern relations between state and church—but Putin and Kirill are certainly doing their best.
Both sides benefit from their mutual legitimation and support. Concrete examples of state support for the church include the reintroduction of religious education in schools, the restitution of church property, and even changes to the Russian constitution. It is now two years since the latter was amended to mention the belief in God and the state committed to protect traditional marriage. The last example in particular points to a discourse around a traditional identity that is both culturally Russian and Christian-Orthodox. In this discourse, the interplay between the church and the Kremlin today clearly has a stabilising effect on power.
Kirill’s aforementioned sermon is the best example of this. The gay pride parade in Kiev is interpreted as proof of the Ukrainian people’s subjugation, as a declaration of loyalty to modern liberal values imposed by the West—values which the Ukrainians are allegedly forced to accept. In this sense, it is bizarre to see the patriarch railing against homosexuals while a war is raging next door, but it also lends weight to the concept of ‘liberating’ the traditionally conservative ‘Russian world’ from foreign influences, which Putin also uses to justify his attack on Ukraine.

Are Putin and Kirill on an equal footing?

No, the Ukraine war makes very clear that it is the Russian president who calls the shots in this relationship. In Putin’s rhetoric, religious justifications have accompanied virtually every step of the escalation since he compared Crimea to Jerusalem’s Temple Mount in 2014, giving the political conflict a religious overhaul. However, if we look at Kirill’s statements on the canonical territory of his church up until 2014, his claims carry a decidedly transnational connotation that makes a unification of church and state territories superfluous. After 2014, the Russian Orthodox Church was very quick to back Putin, but this required a change of course. I mention this detail because it is important so that we aren’t taken in by the historical revisionism that is currently going on. When used in propaganda, the causes of a political ideology are projected back into the Middle Ages via church history, although this ideology itself only developed as a reaction to relatively current concerns and needs. Consequently, this backward projection is to be treated as a component of the ideology.

How is the war affecting the two technically rival Orthodox churches in Ukraine?

There is a lot going on at the moment and I would like to take the liberty of doing a little publicity for myself. On 18 May, we are holding a panel discussion at the Center for Interdisciplinary Research (ZiF) on the religious dimension of the war in Ukraine. Naturally, our focus will be on this topic in particular.

After the commercial break, I’ll get to your question, in which you speak quite rightly of ‘technically rival’ churches. And I would like to start with ‘technically’. A definite rivalry has long existed between these churches. They do not formally recognise each other at a theological level. However, the political dimension has always been particularly virulent: the process of founding the Orthodox Church of Ukraine started quite tentatively back in the 1990s, but was then put on hold until the independence of the churches in Ukraine was elevated to a question of national security. From 2016, if not earlier, it was first and foremost a question of foreign and security policy. Political actors were in charge, most notably the then Ukrainian President Poroshenko. And the context in which Poroshenko saw church independence was made clear by his election campaign slogan: ‘Army! Language! Faith!’

Of course, this politicisation of the Orthodox Church of Ukraine brought accusations that it was being instrumentalised by anti-Russian nationalists. In contrast, the Ukrainian Orthodox Church of the Moscow Patriarchate was increasingly perceived as an extension of Russia. This focus on the political camps of the ‘technically rival’ churches—crudely simplistic and without taking into account the sometimes significant regional differences—naturally did not do justice to either the internal diversity or the religious self-image of these actors, and certainly not to the practice of religion at community level. This is now also becoming apparent in view of the latest developments.
Events have been gathering pace since 24 February: both churches have strongly condemned the war, explicitly named Russia as the aggressor, and spoken out unequivocally for the sovereignty and territorial integrity of Ukraine. The future of the Ukrainian Orthodox Church of the Moscow Patriarchate, in particular, is uncertain, because its clergy and followers are understandably extremely disappointed with Patriarch Kirill’s stance on the war. As a result, a break with the Russian Orthodox Church is currently in the making. Believers who previously did not care about or were not aware of the differences between the two churches are switching to the Orthodox Church of Ukraine in protest. Clergymen have stopped commemorating Patriarch Kirill in church services or are even demanding that their own patriarch be brought before an international church tribunal. It’s hard to say how things will turn out. Especially since this also depends on when and how the war will end. There is now even talk of a merger of the two Orthodox churches If that were to happen, Putin would paradoxically have achieved what Bartholomew probably originally intended: a unified Orthodox national church in Ukraine.

What role do the relations between the Pope and the Roman Catholic Church and the Russian Orthodox Church play?

The war has left the Russian Orthodox Church very isolated, both in terms of relations with other Orthodox Churches as well as interdenominationally and in the wider Christian ecumenical movement. This also applies to its relationship with the Roman Catholic Church. But as long as Kirill remains impervious to the countless appeals made to him, I don’t think this is particularly relevant to the war as we see it today.
Broadly speaking, the scope for action on the part of religious actors in the current phase of the conflict—that is, during the war—is severely limited. After all, churches are civilian actors, not military ones. While the level of violence remains so high, churches and religious communities concentrate on urgently needed measures for charitable emergency aid.

How can the sociology of religion be of help in relation to the war in Ukraine?

Max Weber described the focus of the sociology of religion as the ‘external and rough aspect’ of religions, as distinct from what is ‘valuable to the theologian devoted to his religion’. We sociologists of religion have taken this assignment very seriously, especially with regard to the rough aspect. Therefore, there is a huge and very heterogeneous field of research on the connection between religion and conflict, so that any attempt at an overview would be too abstract to be helpful.

That is why I prefer instead to give a concrete example of conflict research in the sociology of religion, namely our project on religious peace building in Bosnia-Herzegovina. It was about developing sociological models to measure and analyse characteristics of religious organisations that make them particularly powerful social multipliers in peacebuilding efforts. It is precisely in the area of international cooperation that such cooperation partners are always sought in crisis regions. Accordingly, there was also a fair amount of interest in the project and its results from this direction, for example from the Deutsche Gesellschaft für Internationale Zusammenarbeit (GIZ) and the World Council of Churches (WCC). This shows the practical relevance of findings from the sociology of religion. However, it needs to be said clearly that this example is relevant for civil peace building in a phase of post-war peace consolidation. A phase that Ukraine is unfortunately still far away from today.

Sociologist of religion Dr Leif Seibert is a research associate in the Systematic Theology and Sociology of Religion working group at the Faculty of History, Philosophy and Theology, Department of Theology. He is engaged in research at the Center for the Interdisciplinary Research on Religion and Society (CIRRuS). 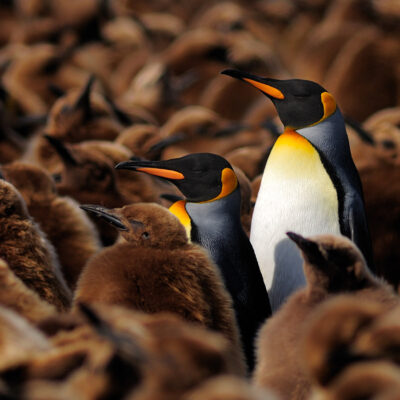