The International Research Training Group ‘Searching for the regular in the irregular: Analysis of singular and random systems’ (IRTG 2235) is being funded by the German Research Foundation for another four and a half years. The German Research Foundation is thus investing an additional five million euros in academic training and the exchange of doctoral students between Bielefeld University and Seoul National University. 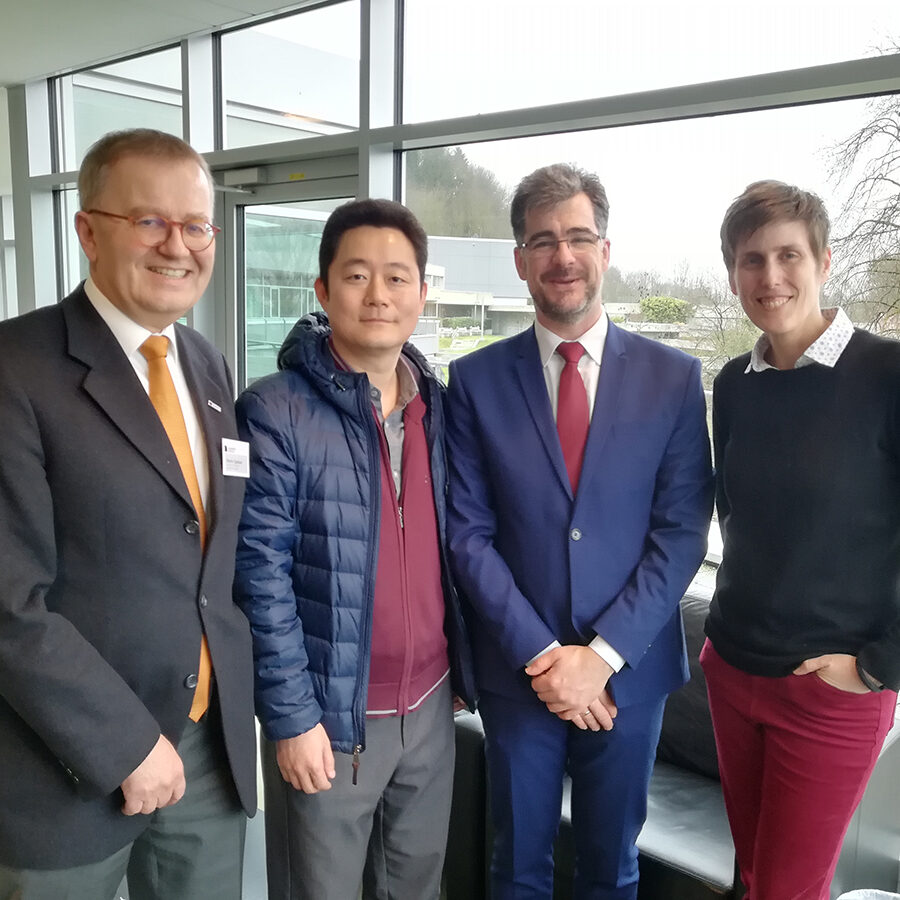 The review of the Research Training Group took place in February. The following persons presented the work of the group (from left): Professor Dr Martin Egelhaaf (vice-rector for research at Bielefeld University), Professor Dr Panki Kim and Professor Dr Moritz Kassmann (both spokespersons for the IRTG 2235) and Dr Claudia Köhler, the group’s scientific coordinator.

Since 2016, young mathematicians from all over the world have been working in the Research Training Group to uncover hidden laws in irregular systems, spending two and a half years at Bielefeld University and six months of their three-year doctorate at Seoul National University (South Korea). The DFG’s decision has now secured the continuation of the programme led by Professor Dr Moritz Kassmann (Bielefeld University) and Professor Dr Panki Kim (Seoul National University). Between 2021 and 2025, 20 young researchers will be hired in Bielefeld to conduct research in the Research Training Group.

‘The world is full of irregular structures, like those of cancer cells, galaxies or the motion curves of microscopic particles,’ explains Moritz Kassmann from the Faculty of Mathematics. ‘The doctoral projects in our research training group explore hidden laws that determine the formation of irregularities.’

The theses focus mainly on questions from the mathematical field of analysis. Related fields such as mathematical physics, geometry or probability theory are also represented. The theoretical investigations contain references to real phenomena such as processes in nature, in which there can be enormous fluctuations within a very short time. Non-linear wave equations are another topic. Such equations are used, for example, to model how small disturbances affect water waves or travelling stable wave packets in fibre optic cables. In the now approved second funding period, investigations will also include numerical procedures for efficient calculation and methods of machine learning.

Bielefeld University and Seoul National University have been working together since 2012. Thanks to the IRTG 2235 research training group, this collaboration has been extended to the younger generation of scientists. 19 professors from Bielefeld and Seoul work together, train doctoral students, and supervise their doctoral projects. During the six-month exchange stay, the doctoral students from Bielefeld live on the campus of Seoul National University and work in offices of the Department of Mathematical Sciences. In return, eight doctoral students regularly come from Seoul to Bielefeld. ‘This has led to the development of research cooperations, joint publications and friendships among the young scientists, connecting East Westphalia and East Asia,’ says Professor Moritz Kassmann. 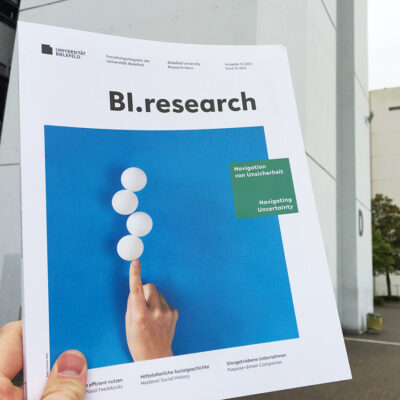