Ahin Hassaf had just one semester left to go to finish her Bachelor’s degree in English at the University of Aleppo in Syria. The end of her studies was in sight, but the war was drawing ever closer, and in early 2016, Hassaf fled Syria with her parents and twin sisters for Germany. Hassaf, who is now 29 years old, essentially had to start everything over again here in Germany – from learning a new language and finding her way in a foreign country, to redoing her studies because most of her credits from Syria were not recognized. But she didn’t let this get her down.

The significance of accomplishing all of this against the backdrop of fleeing your homeland is hard to put in words. Hassaf does not like to talk about this part, saying only so much: ‘We walked for a long time. In Greece, we were arrested two times and sent back to Turkey.’ After about a month, the family made it. Her memories of their escape and their first days in Germany are hazy – ‘I don’t remember exactly what the name of the town was where we arrived,’ says the Syrian woman, smiling apologetically. They then spend several months in Bad Oeynhausen, and then three quarters of a year in a shelter for refugees in Herford, where Ahin Hassaf and her family are still living today, but now in an apartment.

These days, the 29-year-old commutes to Bielefeld University – a recent development due to the pandemic. When asked about her field of study, she immediately adds, ‘It’s my first semester on campus.’ Hassaf began her studies during the pandemic, in the 2020 winter semester. ‘The first semester was tough,’ she admits, ‘especially because I was alone and didn’t get to meet other students in my online courses who I might have had a chance to get to know.’ PunktUm, the German-language learning center at Bielefeld University, and the staff at the International Office helped make the start to her studies a bit easier, whether it was putting together her schedule or providing writing tutorials. Hassaf has nothing but words of praise for her teachers and other institutions at Bielefeld University, such as BITS: 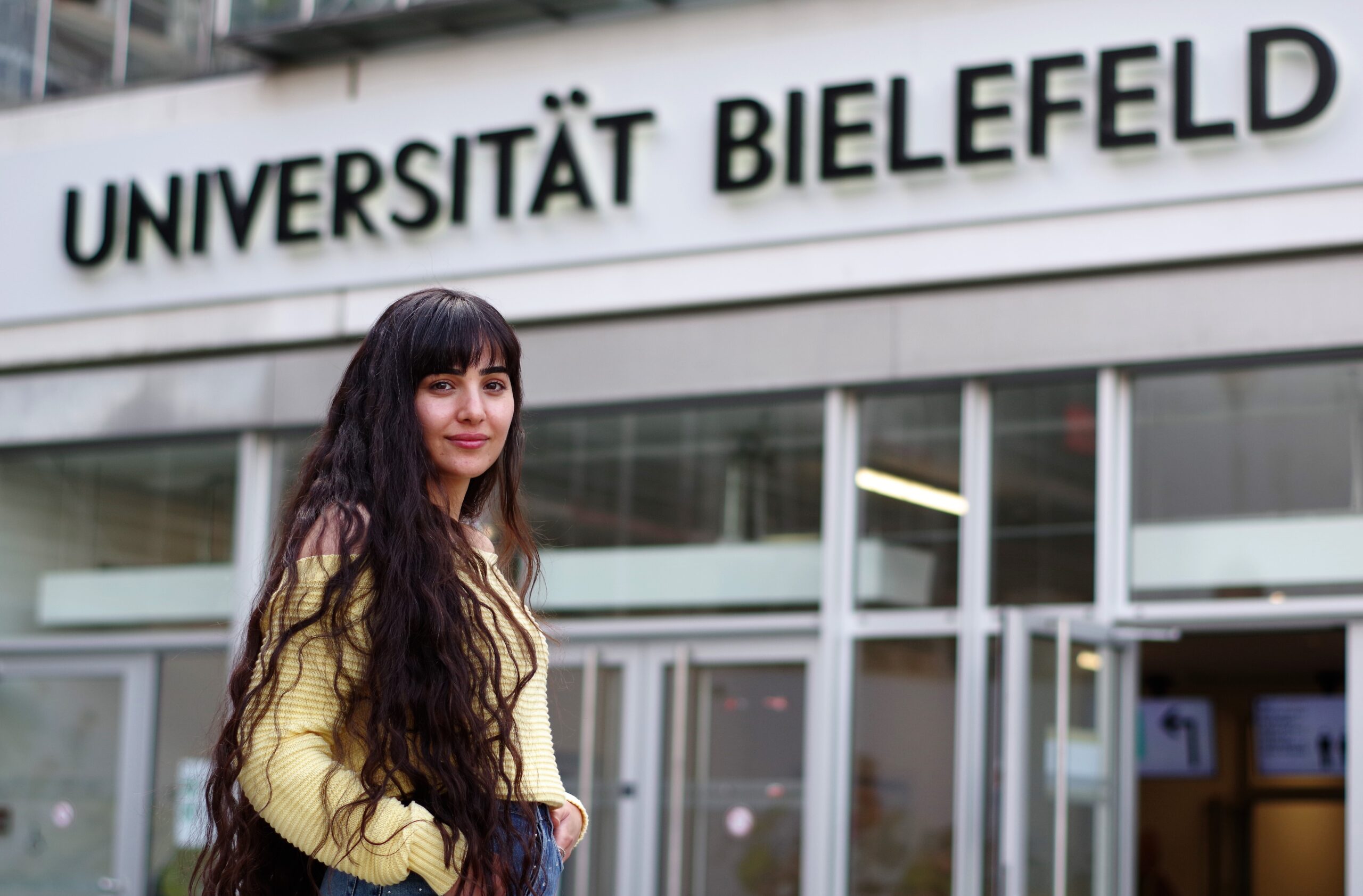 ‘Thanks to this extensive support, I no longer feel like an outsider. I am delighted to be at Bielefeld University – it’s now really my university, too.’ 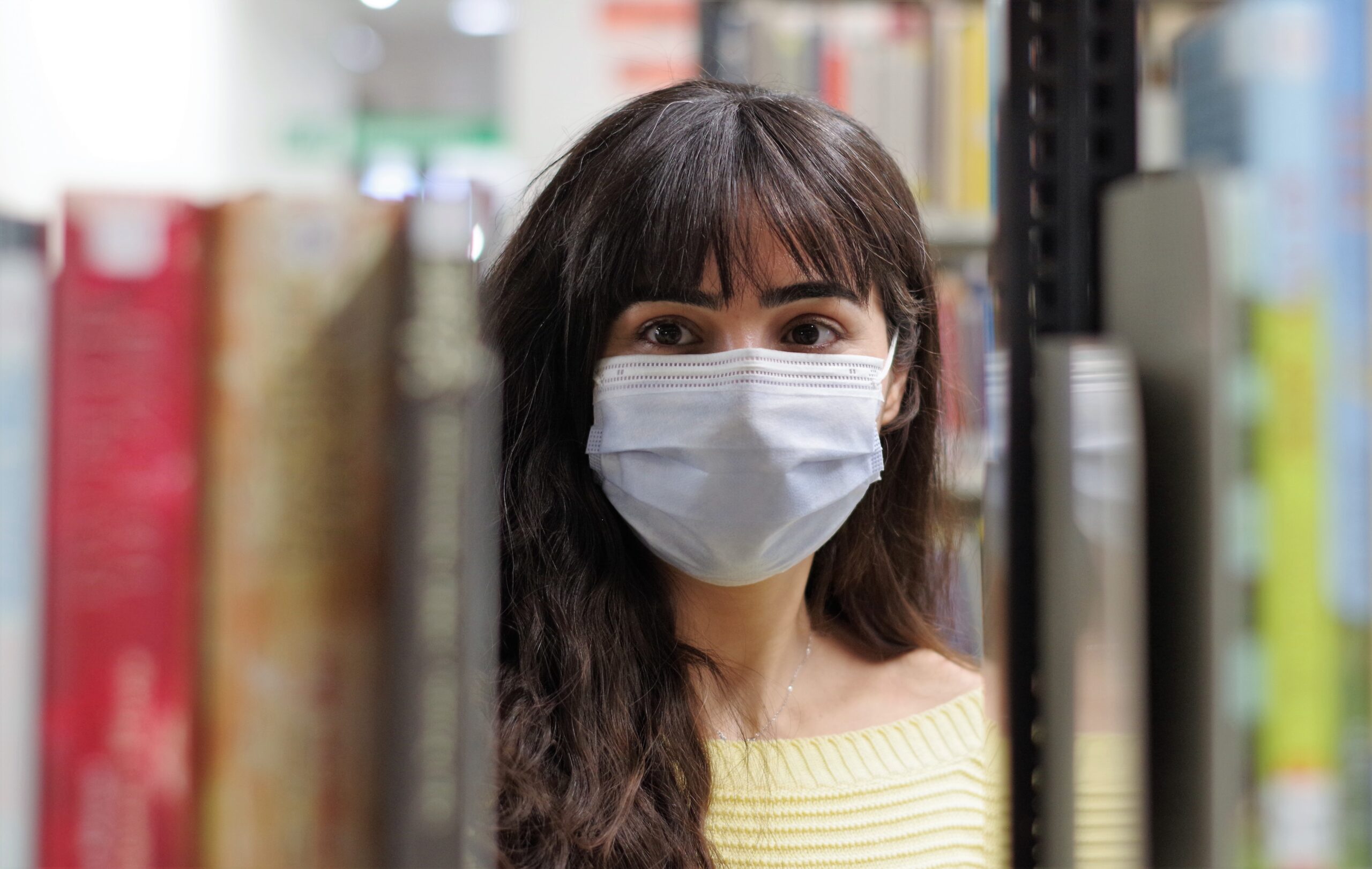 Apart from the difficulty of making friends, the fact that Ahin Hassaf’s first three semesters at Bielefeld University took place online also offered some advantages: she was able to use the time she now spends commuting on her studies.

Hassaf is studying elementary education with a focus on English at Bielefeld University. ‘In Syria, I didn’t want to be a teacher,’ recalls Hassaf. ‘Back then, my studies were a way of pursuing a bright future – getting a job that would enable me, as a woman, to be self-sufficient and independent.’ After fleeing Syria, Hassaf began taking a German course at Bielefeld University four years ago and participated in the NaWiOs orientation programme for international students. It was then that she realized she wanted to work with children, which is why she decided to major in education when she started her new studies in Bielefeld. ‘Life surprises us,’ says Ahin Hassaf, laughing. Her professional goals may have changed, but the underlying motivation from before has not – completing her degree programme and finding work that will enable her to lead an independent life. 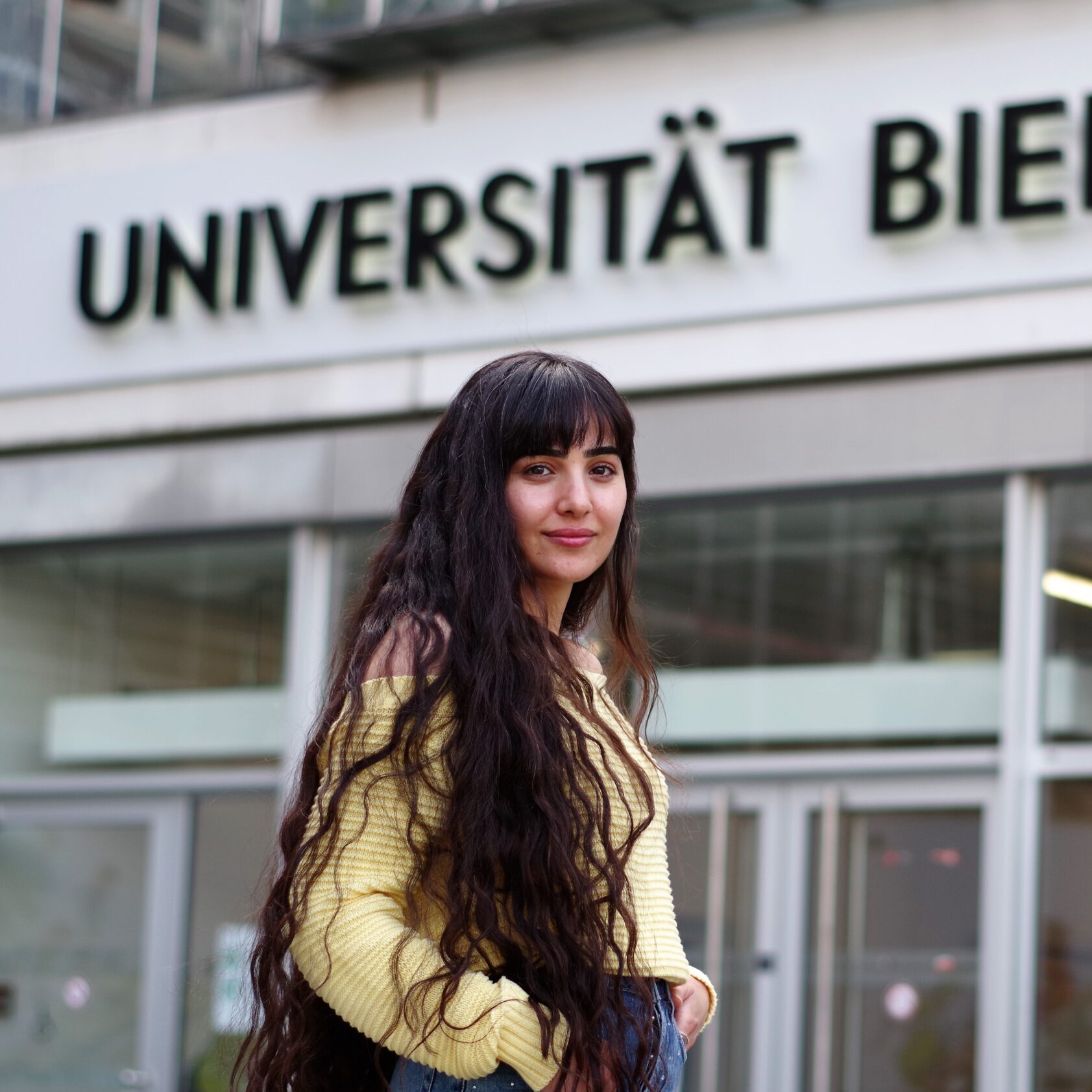 The NRWege Scholarship has already helped her achieve a degree of independence during her studies. She heard about this scholarship during the NaWiOS orientation programme. ‘The scholarship has been a big help for me,’ says Hassaf. ‘And not just financially, but also emotionally.’ Scholarship recipients not only receive financial support, but also access to social meetups and language training offerings. ‘For non-native speakers, it is sometimes difficult to find your way and get to know people. The scholarship helps a lot with this.’

Refugees can apply to the ‘NRWege ins Studium’ [Pathways into Studying] scholarship programme at 30 institutions of higher learning in North Rhine-Westphalia, including Bielefeld University. Applicants must submit a letter of motivation and prove their asylum status or refugee background, among other requirements. In addition to financial support, scholarship recipients are offered extensive academic and social support, such as counseling and language offerings. The programme is comprised of three different scholarships – one for each phase of study. It is therefore possible, in principle, to receive support throughout the entire study period. To continue receiving support, scholarship recipients must submit a scholarship report each semester and complete 20 credit points.

The Clearinghouse for Refugees provides information and advice on the NRWege scholarship at Bielefeld University.

Learning the German language was a challenge for Hassaf. ‘German is a very hard language for me,’ she says with a soft accent, admitting that she was nervous before the interview because she is still afraid of making mistakes when speaking. A misspoken word does sneak in here and there, but Ahin Hassaf herself asserts that this need not be cause for concern. She expresses the sentiment almost poetically: ‘Languages are like oceans. There is always so much more to be learned.’ And she is doing just that: ‘I am always working to improve my German.’

Ahin Hassaf appreciates that everyone is under one roof at Bielefeld University. She likes working in the library because the materials she needs for her studies are usually directly available.

Will it be possible to return to Syria some day? Ahin Hassaf hesitates for a moment, and then she says: ‘I do want to return to my homeland at some point, but in recent years I have also realized that home is something that lies within us. So for me, the university is my home. The feeling of safety – that I can live here in peace – is also a kind of home for me.’ And who knows? Perhaps the native Syrian will gain an even greater sense of being at home here when she finally finishes her studies in Bielefeld and can fulfill her dream of leading an independent, self-determined life. 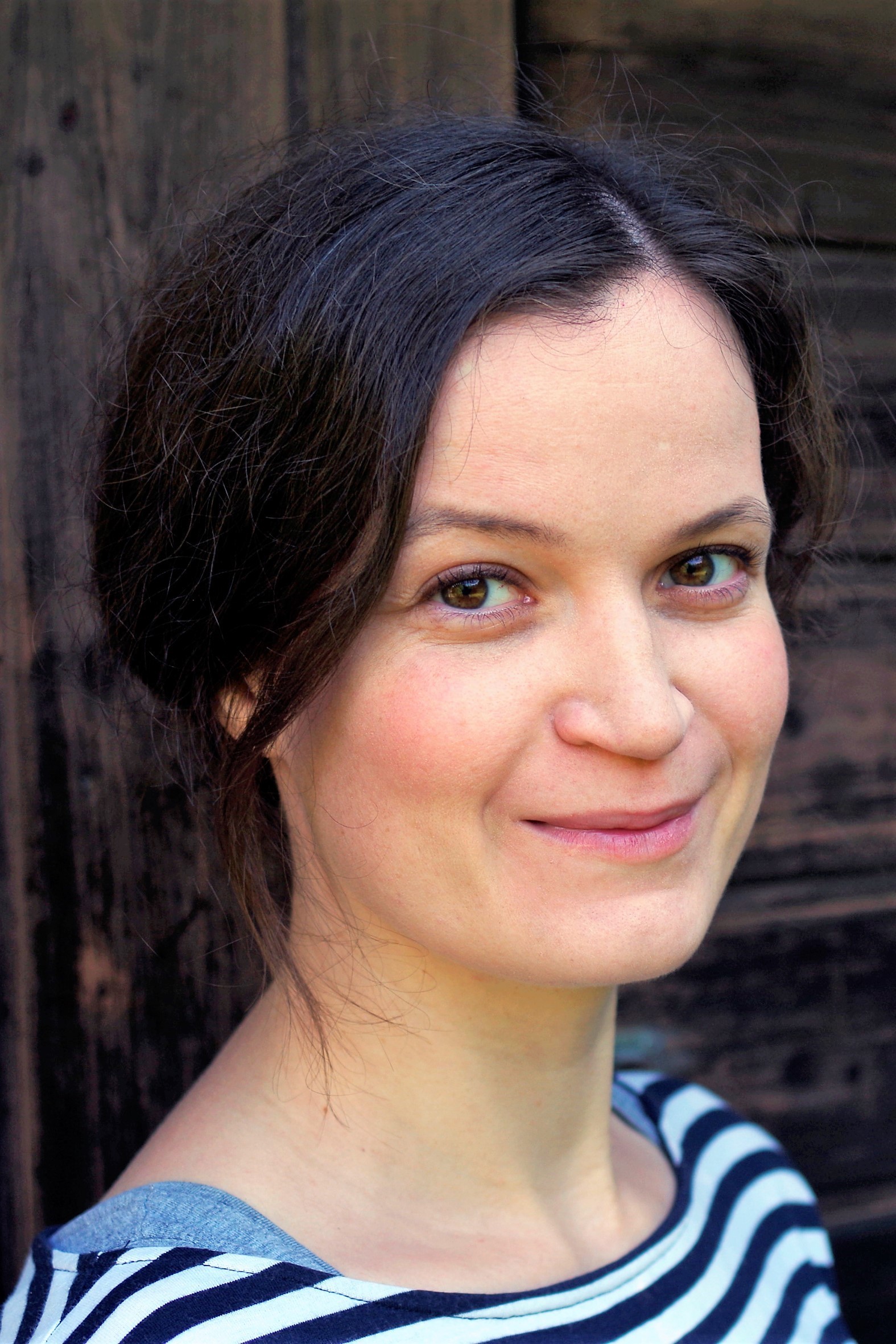 … studied history, literature, and media at Bielefeld University. After completing her studies, she interned at the university press office and now works as an independent journalist and author. 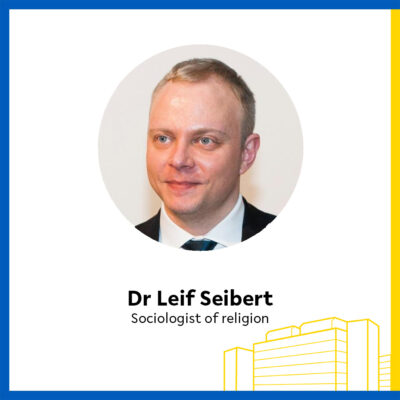