Starting in May, Bielefeld University will be coordinating an EU-research project that seeks to produce microscopic liver tissue cultures that can survive for 14 days, while also using imaging methods to investigate how liver cells react to combinations of different medications. The backdrop to this project is the fact is that more than 30 percent of adults over the age of 65 in Europe today take at least 5 different medications per day. These drugs are not always well tolerated in combination, which is something that needs to be investigated in greater detail. This is the first research project led by Bielefeld University to be funded by the European Union’s European Innovation Council (EIC). Five additional partners from throughout Europe are participating in the project, including the Protestant Hospital of Bethel Foundation [Evangelisches Klinikum Bethel], which is part of the University Hospital of Ostwestfalen-Lippe.

Chronically ill or elderly individuals often take a number of different medications every day: they might get a pill to bring down their blood pressure from their cardiologist, their general practitioner might dole out pain relievers, stomach medication, and a blood thinner, and their psychiatrist might prescribe an anti-depressant. All of these different compounds come together in the body, and are then largely processed in the liver. 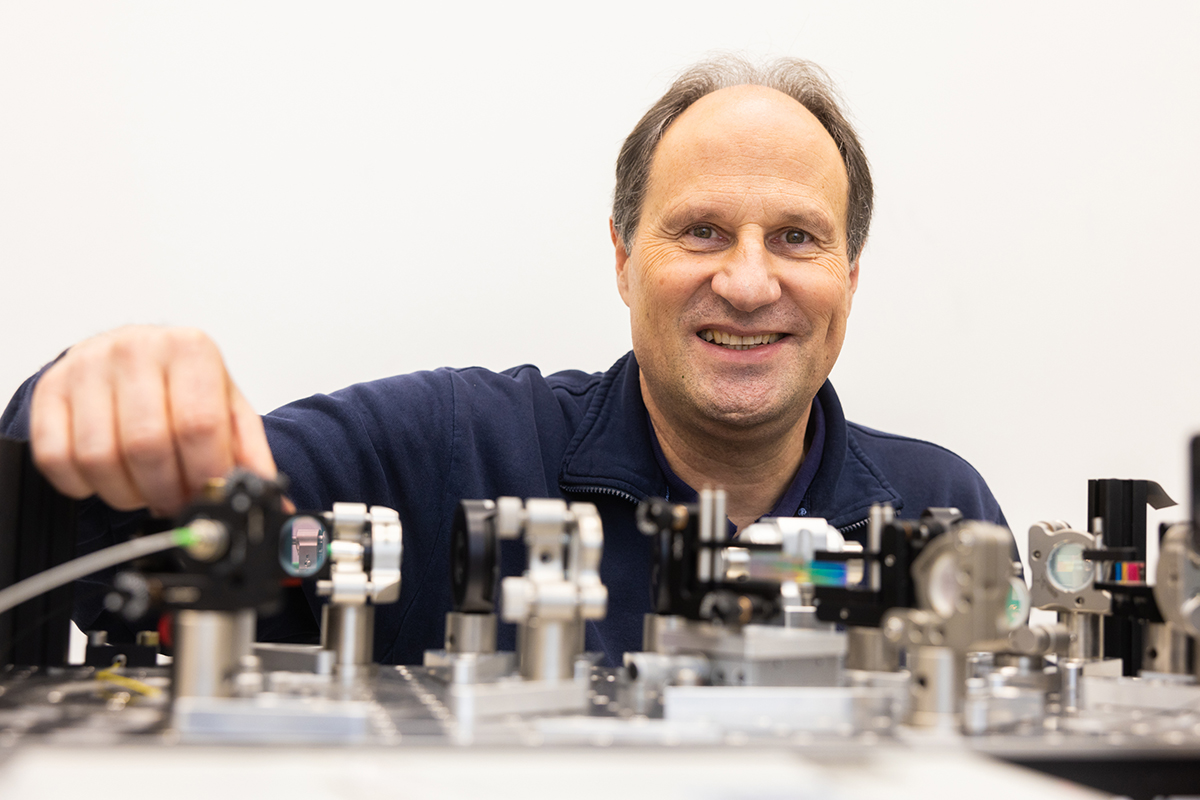 Professor Dr Thomas Huser of Bielefeld University is heading the new international research group DeLIVERY, which is funded by the European Union. In this project, the researchers are developing a super-resolution microscopy system to view liver cultures. Photo: Bielefeld University/M.-D. Müller

Drug interactions are known to occur with some medications, but it is not always clear exactly how drugs work together in the body – and not every liver reacts in the same way to the same mix of active compounds. ‘Studies have shown that some 10 to 20 percent of hospitalisations among elderly patients stem from a negative reaction to a mix of different medications,’ says Professor Dr. Thomas Huser of Bielefeld University. ‘Their medication must then be re-adjusted.’

System to keep liver cells alive outside of the body

Huser is a physicist who has been working on the liver and optical imaging of liver cells for more than 12 years. He is coordinating this new EU project called DeLIVERY, which brings together Bielefeld University and five partners from around Europe. ‘Our goal is to develop a microscopy system for liver cells to test the tolerability of drug interactions,’ he explains. Such a system for the liver does not currently exist.

The liver cells are to be kept alive in a kind of mini-incubator for at least 14 days, during which the researchers will observe how the liver cells react to certain drugs, drugs in combination, and different dosages. ‘For this, we have chosen to test the classes of drugs that are most frequently prescribed to elderly people,’ says Huser.

Just as important as the cell incubator is the imaging that is being developed specifically for DeLIVERY to facilitate these observations, and this is the responsibility of Huser’s research group. ‘We are working on an optical system that can image liver cells in ultra-high resolution without having to remove the cells from the incubator and put them under the microscope,’ explains Huser. The advantage here is that the cells are not destroyed for future research, as they would be if they were placed on a specimen slide and put under the microscope. Instead, the cells survive.

The European Innovation Council (EIC) will be providing approximately 3 million Euro in funding for this project over a period of four years. ‘Our goal is to be able to do a biopsy to test how the liver of an individual patient will react to certain drugs and their interaction,’ says Thomas Huser. Only a few liver cells would have to be biopsied for this – and biopsies are routine procedures in medicine. 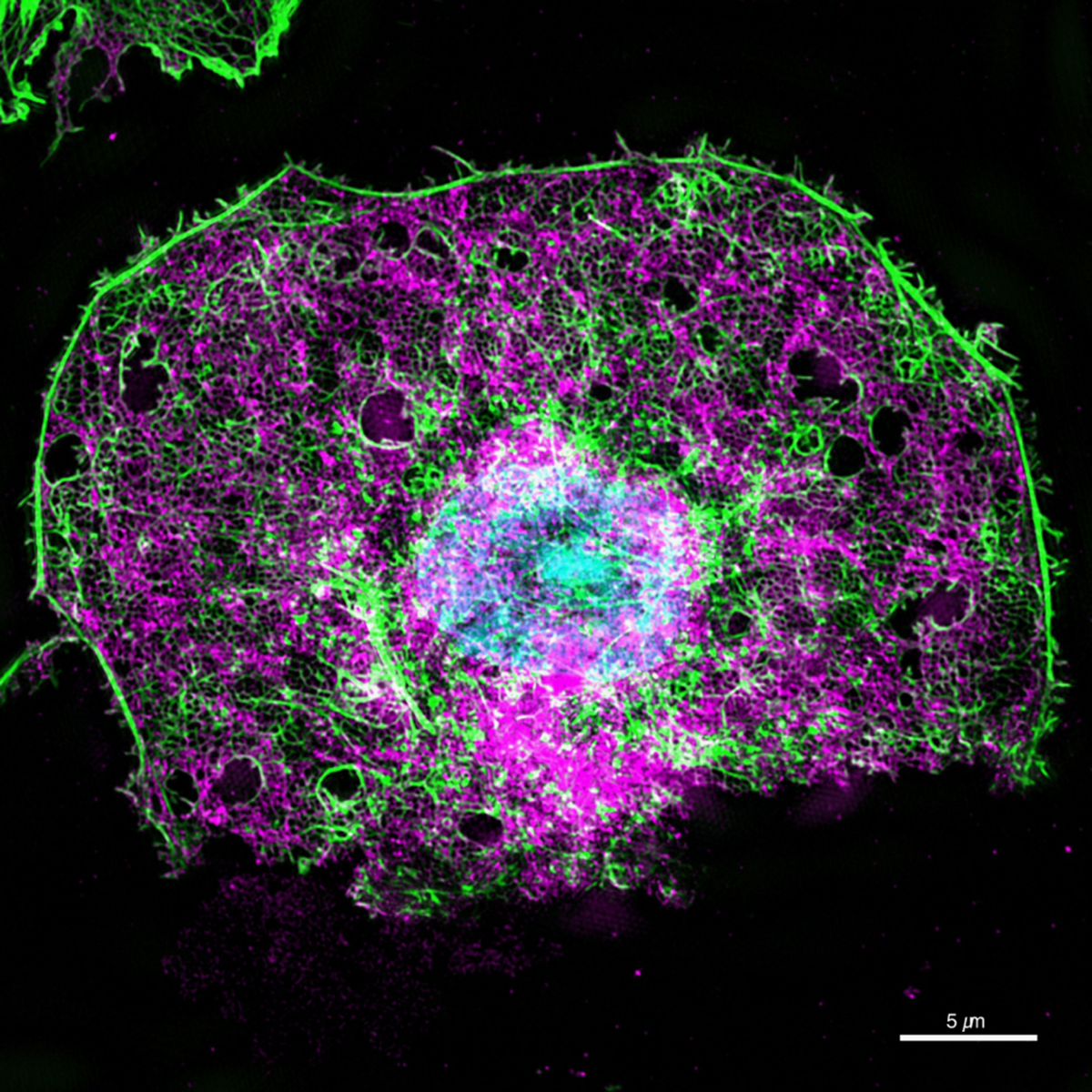 An interdisciplinary team of project partners

Partners on this project include the Protestant Hospital of Bethel Foundation [Evangelisches Klinikum Bethel], die University Tromsø in Norway, the Vrije Universiteit Brussel in Belgium, and the companies Excelitas PCO GmbH in Kehlheim, Germany, and Cherry Biotech in France. Project partners leverage their varied expertise to pursue an interdisciplinary approach. Cherry Biotech, for instance, is developing the cube-shaped incubator with a side measuring 40 centimetres long. The incubator’s eight settings will be able to be adjusted to provide optimal conditions for the liver cells.

The liver cells that will be studied are being provided by the Departement of General and Visceral Surgery at the Protestant Hospital of Bethel Foundation, which belongs to the University Hospital of Ostwestfalen-Lippe. Like Professor Huser, head of the department Professor Dr. med. Jan Schulte am Esch also specialises in the liver. As Dr. Schulte am Esch explains: ‘this project will enable us, for the first time, to image the finest structures of the human liver under the influence of various drugs. It will also allow us to observe hepatic damage and regeneration processes over a longer period of time, which is of great relevance from a surgical point of view.’ The local Bielefeld collaboration arose out of the Bielefeld OWL Biomedical Research Association [Forschungsverbund Biomedizin Bielefeld OWL e.V], which was founded by Bielefeld University and Protestant Hospital of Bethel Foundation, and of which Huser is a member and Schulte am Esch is part of the Association’s board of directors. 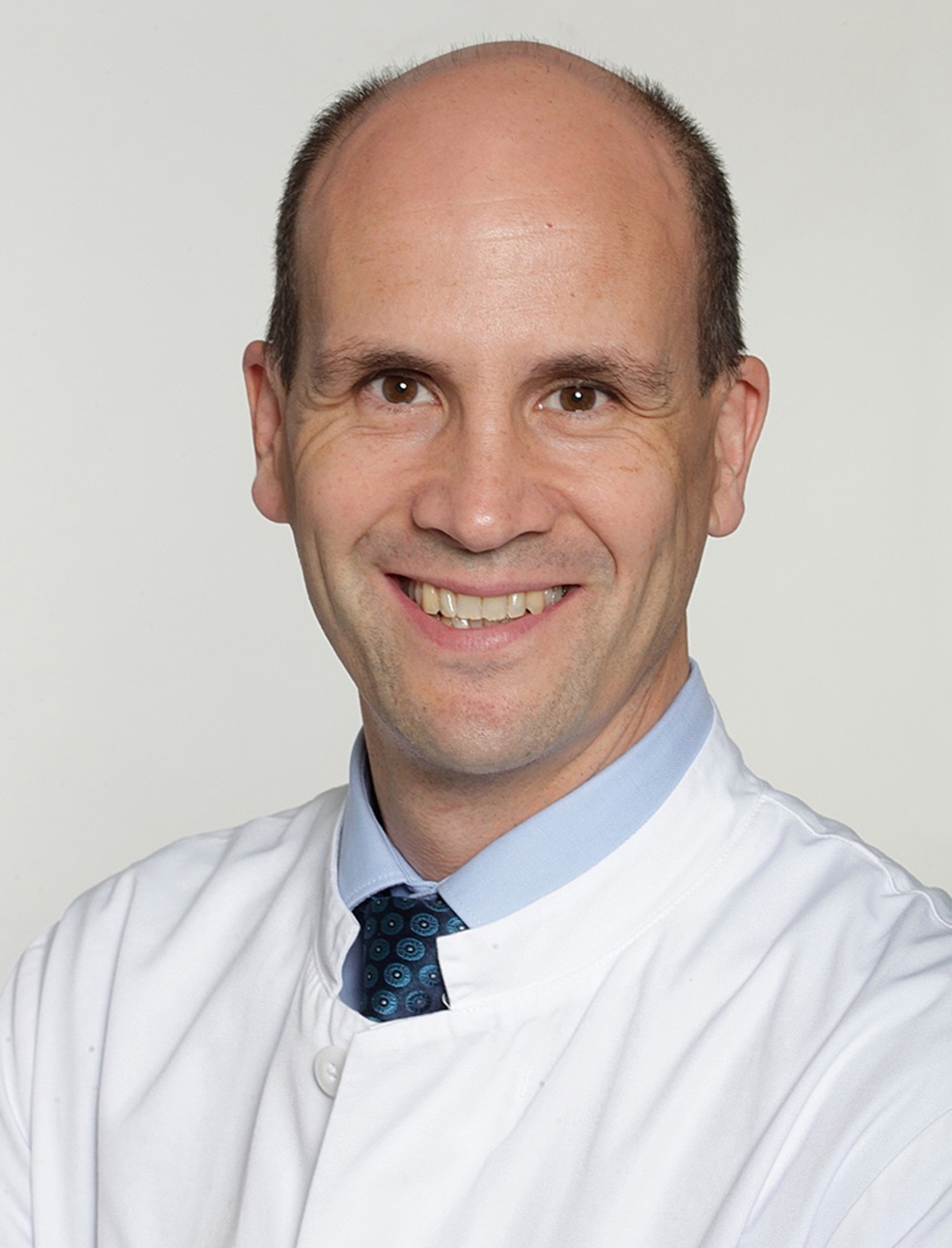 Professor Dr med. Jan Schulte am Esch heads the Centre of General, Vascular, Thoracic, and Visceral Surgery at the Protestant Hospital of Bethel Foundation, where he specialises in the liver and is providing liver cells for the project’s tissue cultures.

DeLIVERY is positioned to help advance individualised treatment, especially for elderly patients. In addition to testing drug interactions, the researchers plan to use their future liver culture microscopy system to test novel drugs that have the potential to reverse the effects of ageing. Other plans include testing drugs developed for the treatment of non-alcoholic fatty liver disease, a disease that is now widespread.

The project name ‘DeLIVERY’ is a combination of ‘delivery’ and ‘liver,’ which as a single word is meant to convey that medications taken orally can only enter the blood stream by passing through the liver. The full name of the project is ‘Long-term Microphysiological Sample Imaging for Evaluation of Polypharmacy in Liver.’

Together with two on-going projects that are funded by the predecessor program ‘FET’ (Future and Emerging Technologies), DeLIVERY is already the third project of the EU innovation funding initiative being conducted at Bielefeld University’s Faculty of Physics. The DeLIVERY project ties in with the existing doctoral network DeLIVER, which Bielefeld University has been coordinating since 2018 for the education of doctoral researchers. At DeLIVER, early career researchers investigate healthy ageing under the microscope, developing novel optical methods that allow for super-resolution microscopic examination of the liver. DeLIVER is a Marie Skłodowska-Curie European Training Network (European Training Network for Young Scientists), funded by the European Union.