After an intensive two-year auditing process, the Stifterverband für die Deutsche Wissenschaft [Donors’ Association for the Promotion of Sciences and Humanities in Germany] has now (09.03.2021) awarded Bielefeld University the ‘Shaping Diversity’ certificate. With this award, the Stifterverband recognizes the university’s commitment to developing an organizational culture that takes a critical stance towards discrimination. Professor Dr Angelika Epple, the Vice-rector for International Affairs and Diversity, accepted the certificate on behalf of the university during a digital ceremony.

The vice-rector explains the background to the audit: ‘We want to understand how we can reduce existing barriers or determine what different people need. This is the only way in which they can develop their personal talents as optimally as possible without failing because of the given structures.’

The list of results of the audit is long and varied: An Accessibility Action Plan, for example, includes a checklist for making events accessible and an online tool for checking the accessibility of teaching materials. In the future, there will be a module on ‘Diversity, Heterogeneity, Inclusion’ especially for student teachers as a specialization on which they can focus and receive targeted further training. In addition, a further diversity-sensitive training course has been designed for young researchers. A new counselling map points the way to various provisions in the field of diversity. Furthermore, a proposal to set up a commission to counter discrimination has been developed. The results are now being pursued in different areas of the university, depending on the topic: for example, in the Central Accessibility Office (ZAB), in the Bielefeld School of Education (BiSEd), and also in personnel development.

The auditor, Dr Daniela de Ridder, praised Bielefeld University for having been particularly successful in integrating diverse perspectives into the auditing process: students, lecturers, researchers, staff from technology and administration, several vice rector’s offices, and a broad spectrum of internal university groups and initiatives contributed to the audit. The starting point for developing strategies and measures was the people who study and work at Bielefeld University and their diverse backgrounds. For example, many students have grown up in a non-academic home, have a migration history, care for children or relatives, or have a disability. These are just a few of the many facets that come into play when addressing the topic of diversity and these need to be taken into account systematically.

‘Diversity is not something that can simply be decided or decreed,’ says Epple, ‘The process, exchanging information about it—that is the core of diversity work.’ The ‘Diversity Mission Statement’ remains a commitment going beyond the auditing process: the university is committed to an explicitly positive understanding of diversity and it understands this as a strength and a mandate to work for an open and diverse society—especially in times when anti-democratic currents are gaining ground. ‘The completion of the audit is therefore only one stage on the path that Bielefeld University wants to take as a diversity-sensitive university,’ says Epple.

The certificate is valid for three years.

Information from the Stifterverband on the Diversity Audit 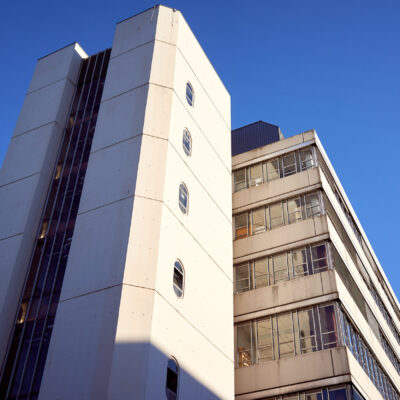