The European Research Council (ERC) has awarded ERC Starting Grants to two researchers from Bielefeld University. They will each receive 1.5 million euros for top-level research in their disciplines. In her project, Professor Dr Martina Hofmanová from the Faculty of Mathematics is investigating fluid flows and studying how they are influenced by randomness. Dr Toni Goßmann from the Faculty of Biology is working on epigenetic programming—that is, he is investigating flexible changes in the genomes that control, for example, which genes are activated in body cells. As recipients of this research funding, Hofmanová and Goßmann now belong to Europe’s best young scientists. 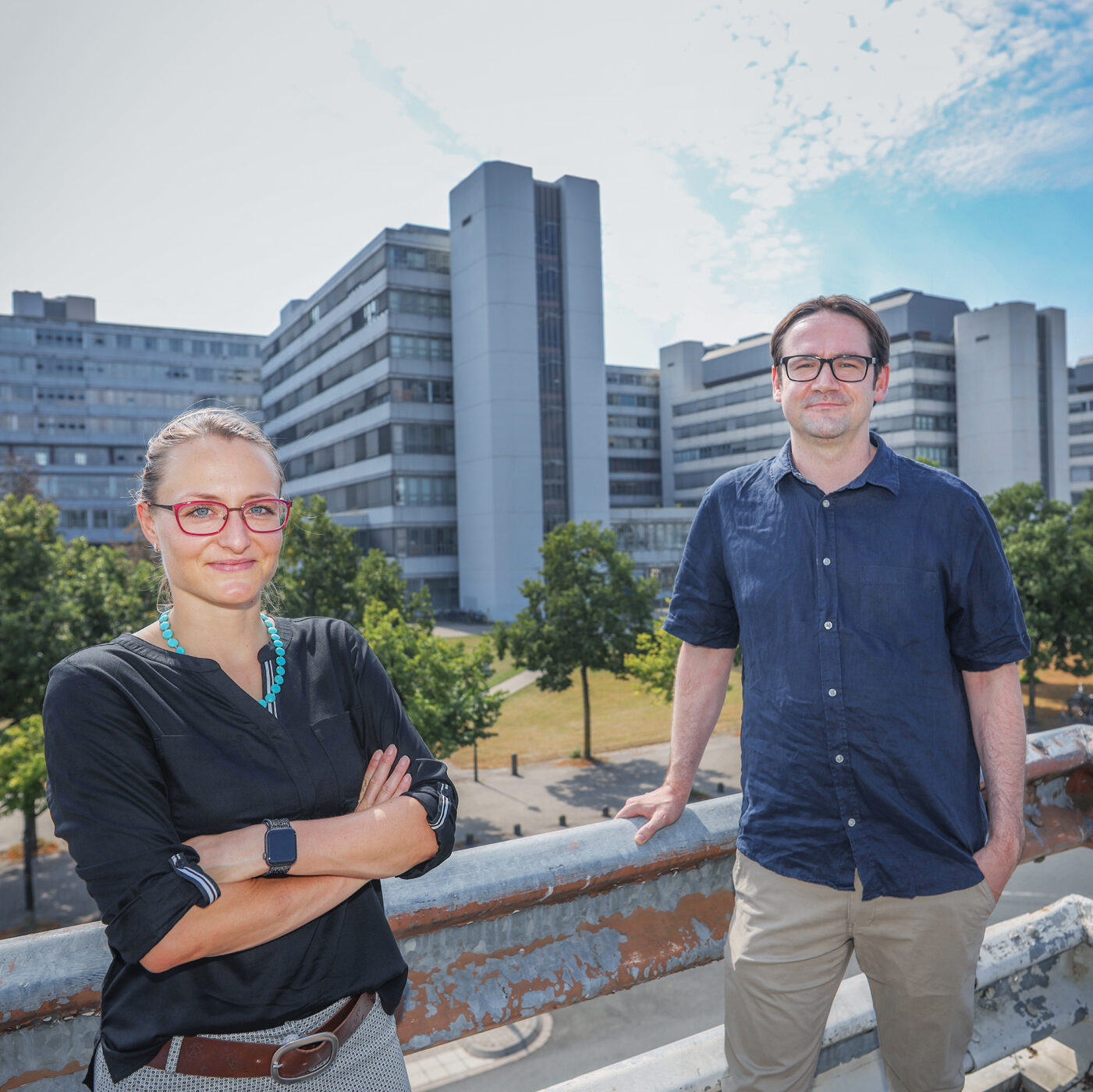 ‘I join Martina Hofmanová and Toni Goßmann in being delighted that they are receiving ERC Starting Grants, and I congratulate them warmly on their success,’ says Professor Dr.-Ing. Gerhard Sagerer, Rector of Bielefeld University. ‘Both scientists have distinguished themselves through outstanding specialist publications and international scientific cooperations. The research projects that have just been approved are very promising. They are designed to produce ground-breaking findings for their research areas.’

How randomness influences equilibria and turbulence

The ERC is funding the project ‘Mathematical analysis of fluid flows: the challenge of randomness’ (FluFloRan) as part of Professor Dr Martina Hofmanová’s award. Funding will run for five years from March 2021. Martina Hofmanová’s research group is investigating how randomness influences fluid flows. Unlike physicists, she is not using experiments for this purpose, but working with mathematical equations. Like many scientists worldwide, she is working on finding the right equations to describe flows in liquids and gases. One of her major goals is to develop a mathematical theory for the origin of turbulence. ‘I am trying to do this by considering randomness—that is, random perturbations on a microscopic level.’ Research in this field is relevant to many applications ranging from aerospace engineering to the development of racing bikes. ‘If we succeed in preventing turbulent flows or making use of them, this will save energy or power,’ says Hofmanová. The further development of corresponding mathematical models is also important for meteorology and will enable it to make more precise predictions.

‘The equations we are working with in the project come from physics. We want to clarify them with mathematical methods: Do the equations really have a solution? And if so, is this solution also unique?’ says Hofmanová. Experts are familiar with the Navier–Stokes equations and the Euler equations. Engineers and meteorologists use them for simulations. ‘However, they repeatedly produce strange, unphysical results that cannot exist in reality,’ says Martina Hofmanová. ‘I would like to find out how we can use mathematics to distinguish such impossible solutions from the good, physical solutions.’

Martina Hofmanová obtained her Master’s degree in mathematics at Charles University in Prague, the largest university in the Czech Republic. She obtained her doctorate at the École Normale Supérieure Cachan, L’antenne de Bretagne, in France. Before coming to Bielefeld in 2017, she spent a year researching in Leipzig at the Max Planck Institute for Mathematics in the Sciences and three years at the Technical University of Berlin. She is a member of the Collaborative Research Centre (SFB) 1283 at Bielefeld University, in which the mathematical theory of randomness plays a central role.

Understanding the evolutionary role of epigenetics

As part of Dr Toni Goßmann’s award, the ERC is funding the project ‘Deciphering adaptive footprints of epiC evolution on different timescales’ (DECAF). Funding will run for five years from February 2021. Toni Goßmann’s research group is dedicated to epigenetics, a special field of molecular biology. The human organism contains hundreds of cell types. Although they all contain the same DNA sequence, they all differ from each other by tiny markers known as epigenetic marks. Epigenetics is about how these marks control which genetic information becomes effective in the cells. This control can, for example, react to environmental changes such as the outside temperature and make cells more resistant to heat. ‘Epigenetics plays a fundamental role not only in the function and regulation of our cells but also in diseases such as cancer,’ says Toni Goßmann, who works at the Department of Behavioural Research.

Experts are currently engaged in a controversial discussion over whether epigenetics is in any way significant for evolution in humans and animals. ‘Epigenetic marks are usually not inherited. Therefore, I would like to clarify what role epigenetics plays in evolution—that is, in passing on and modifying genetic traits from generation to generation. This would enable us to draw potential conclusions about diseases and their cure.’ Hence, Goßmann is investigating those epigenetic marks that actually are hereditary and occur in young cells shortly after fertilization. He is also analysing the genes that are known to be epigenetically activated or silenced. ‘For these genes, we then track how and whether they are passed on to the offspring,’ says Goßmann. Goßmann and his team are investigating a specific type of epigenetic mark: DNA methylation. ‘It is currently the best understood mark in epigenetics.’ 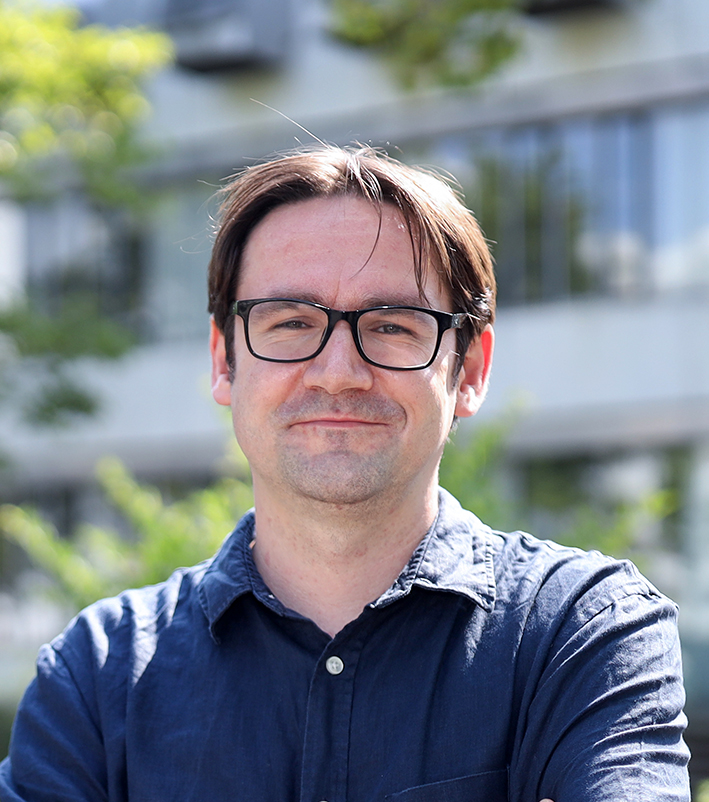 Dr Toni Goßmann is exploring the role of epigenetics in evolution.

The European Research Council (ERC) awards its Starting Grant to outstanding young researchers in the first seven years after completing their doctorates. The award will fund their research over five years with up to 1.5 million euros. To be eligible for the award, researchers must have already published their own work as first authors and have demonstrated their future leadership role in research. There are two researchers at Bielefeld University who have already been awarded the ERC Starting Grant: the sociologist Professor Dr Minh Nguyen (2018) and the mathematician Dr Dawid Kielak (2019). 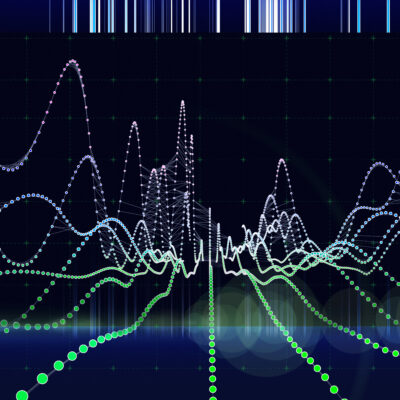 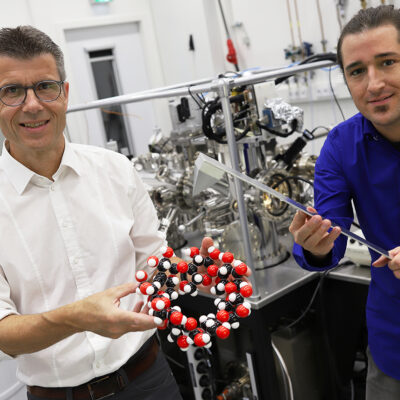