How can artificial intelligence (AI) draw on principles from nature to solve complex problems? When it comes to recognizing patterns in large amounts of data, AI is faster and more capable than humans. However, it has difficulties when it has to make connections or deal with uncertainties and fuzziness. Through evolution, development, and learning, nature has developed much more practical problem-solving solutions. Professor Dr.-Ing. Yaochu Jin, the Alexander von Humboldt Professor of Artificial Intelligence at Bielefeld University since the autumn, is looking at how such principles can be transferred to AI.

The Humboldt Professor will be continuing his previous research on nature-inspired artificial intelligence at Bielefeld University and looking for applications of nature-inspired and self-organized AI. ‘My goal is to understand and borrow successful mechanisms from nature and transfer them into artificial intelligence for problem-solving,’ says Jin. The Alexander von Humboldt Foundation is supporting Yaochu Jin’s research with prize funds amounting to 3.5 million euros over a period of five years. 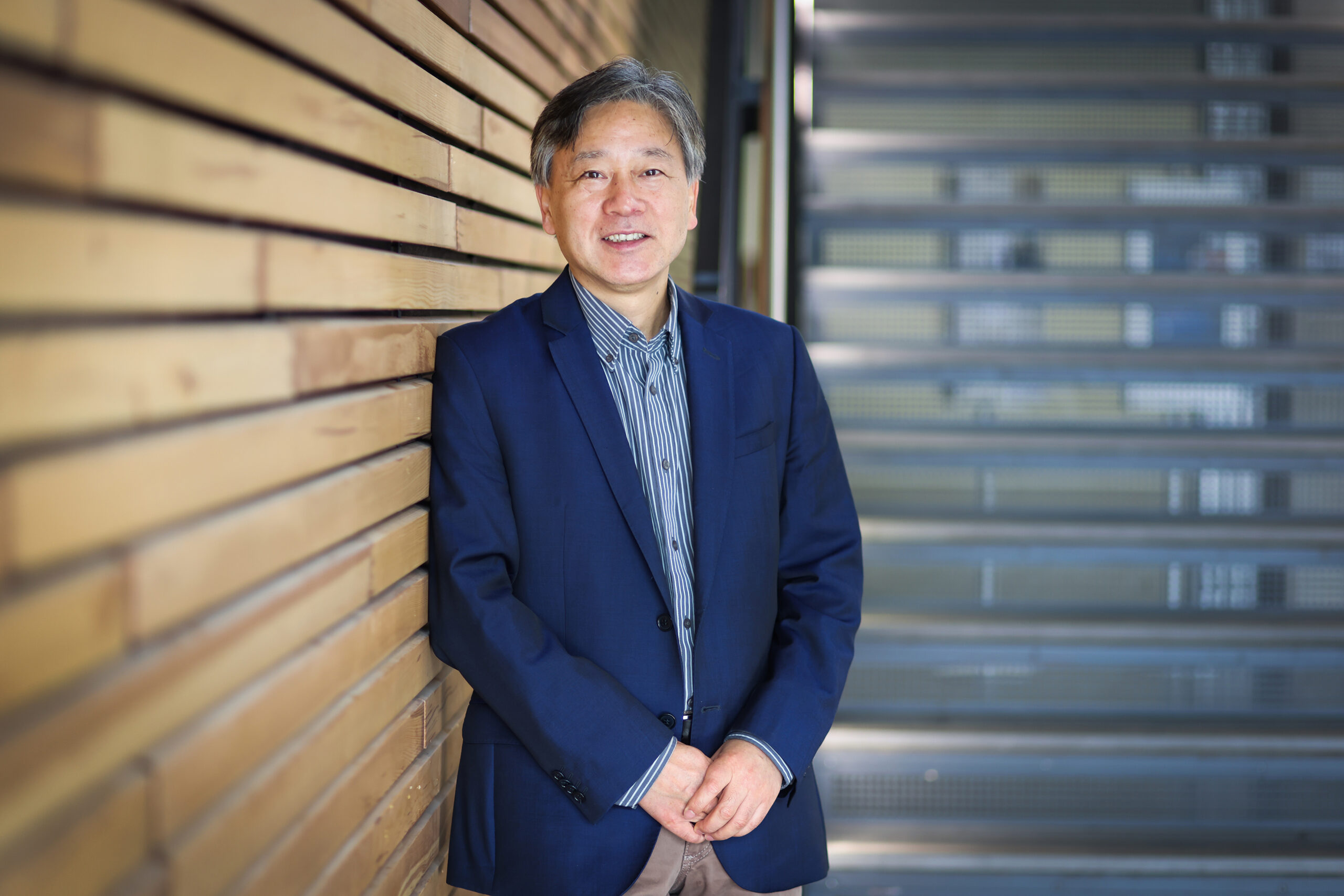 Humboldt Professor Dr.-Ing. Yaochu Jin is doing research on nature-inspired intelligent technological systems that organize themselves in a changing environment.

The scientist, who comes from China, is currently setting up his research laboratory at the Faculty of Technology and building up his research team. Having a team with an interdisciplinary orientation is particularly important to him, because it enables him to bring together approaches from different disciplines such as computer science, biology, and medicine. He also emphasizes the need for international cooperation in his research. For example, he is looking forward to research visits from international scientists such as former students from China and researchers from the University of Surrey, UK where he worked before moving to Bielefeld. He is driven by his thirst for knowledge and his curiosity: ‘I want to do something that is currently not the main approach to AI,’ he says. ‘And I want to find out more about possible applications that have yet to be explored sufficiently.’

Enabling technical systems to organize themselves

There are quite a few areas in which AI is reaching its limits. ‘AI is designed to work very precisely,’ says Jin. ‘But when uncertainty comes into play or things are not completely clear, it gets into difficulties.’ In addition, AI usually focuses concretely on a specific question or task. Using it becomes a challenge when it has to organize itself in order to, for example, make connections or find a solution to a task that is not well defined.

Nature, on the other hand, is perfectly capable of dealing with various degrees of uncertainty. ‘When we are born, our basic equipment can draw on millions of years of evolution,’ says Jin. For example, the structure of the brain has long been tried and tested in nature. ‘But, at the same time, we change and adapt to the demands of our environment,’ the professor says. Our brain is neuroplastic and capable of constantly rewiring itself, so it can adapt. When you learn a foreign language or play a new sport, for example, your brain changes accordingly. ‘You can also see this if you let twin cats grow up in different environments. You’ll find differences in their neural systems, even though their genetic makeup is practically identical.’

Artificial intelligence that works according to the principles of nature

Hence, nature is capable of reacting and adapting flexibly to the greatest variety of problems and requirements, whereas AI is usually rigidly oriented towards concrete issues. Jin, who was previously involved in a research collaboration within the Bielefeld University’s CoR-Lab when he was at the Honda Research Institute Europe, and most recently worked as a Distinguished Chair Professor at the University of Surrey, UK and as a Finland Distinguished Professor at the University of Jyväskylä, Finland, is therefore looking at how to orient AI in a way that mimics these basic principles of nature, thereby making it significantly more flexible. He has done pioneering work in the field of nature-inspired optimization and self-organization and will continue to work on evolutionary and developmental systems in Bielefeld.

At Bielefeld University, Jin will devote himself to understanding and simulating intelligence in nature—in particular, the co-evolution and development of neural systems and body plans. 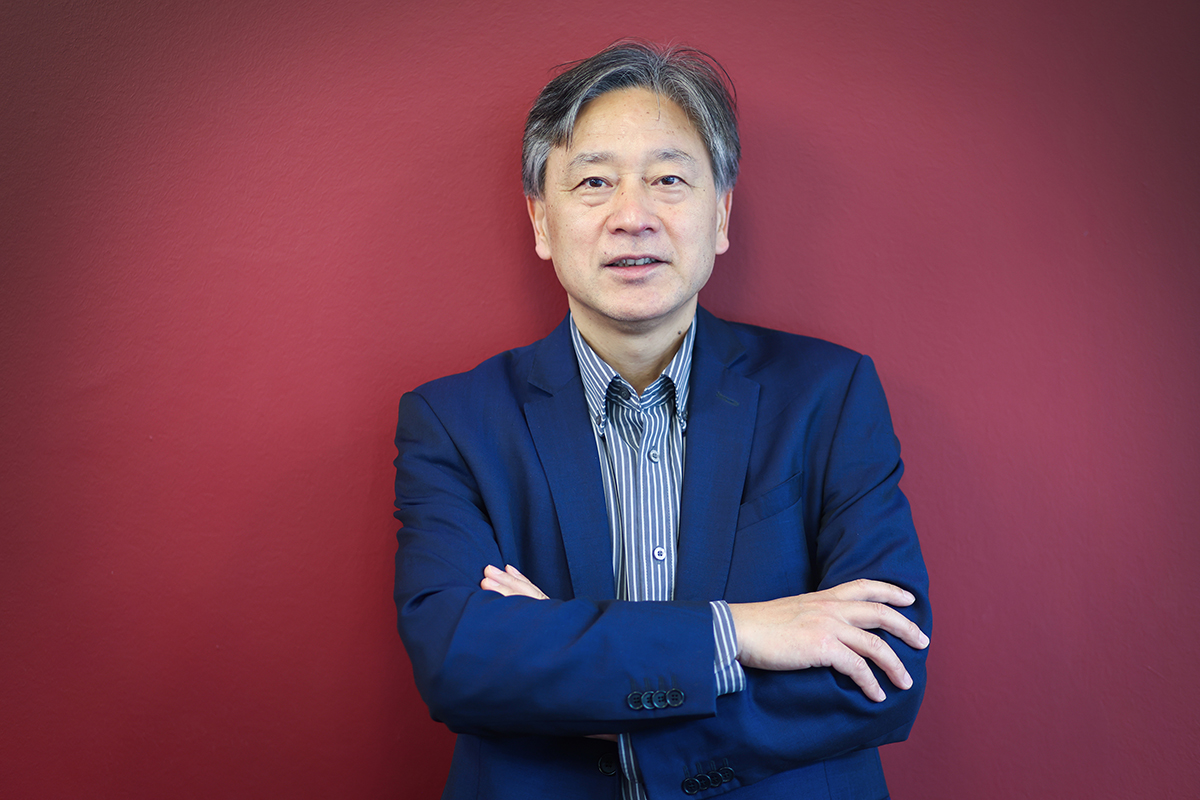 How can artificial intelligence be applied to a wide range of real-world problems where privacy and security are important? This is another topic in the research of Humboldt Professor Dr.-Ing. Yaochu Jin in Bielefeld.

Jin’s future research will also focus particularly on the application of privacy-preserving AI to healthcare. ‘My main concern at the moment is how to make use of data while effectively protecting its privacy and security,’ he says. ‘Especially in healthcare, data are very sensitive and need to be as secure as possible.’ That’s why this requires not only adaptive but also particularly robust systems that can withstand attacks from outside.

Jin also has one big dream for his research: he would like to use AI to conduct research on understanding the genetic mechanisms underlying heart failure. ‘I would like to be able to determine which genes are involved and which interactions between genes increase the risk of heart problems,’ he says. ‘It’s a very complex topic, of course, but I’d like to find out more about it.’

The Humboldt Professor is expected to give his inaugural lecture in March 2022. The event will be organized by the Faculty of Technology at Bielefeld University and the Joint Artificial Intelligence Institute that belongs to both Bielefeld and Paderborn universities. The lecture will be held in a hybrid format. When it will take place depends on how the coronavirus pandemic continues to develop.

The Alexander von Humboldt Professorship has been offered since 2008. It is the most highly endowed research award in Germany—it grants 5 million euros for academics doing experimental and 3.5 million euros for those doing theoretical research. The award is granted by the Alexander von Humboldt Foundation and funded by the Federal Ministry of Education and Research. With the Humboldt Professorship, the Foundation wants to enable German universities to raise their own profile in the global competition. It gives universities the opportunity to offer top researchers internationally competitive conditions. At the same time, the award includes an obligation to offer the new Humboldt Professors a long-term perspective for their research in Germany.

The first Humboldt Professorship at Bielefeld University was awarded to the mathematician Professor Dr William Crawley-Boevey in 2016. He is considered a luminary in his field—the representation theory of algebras. He moved to Bielefeld from the University of Leeds (UK). 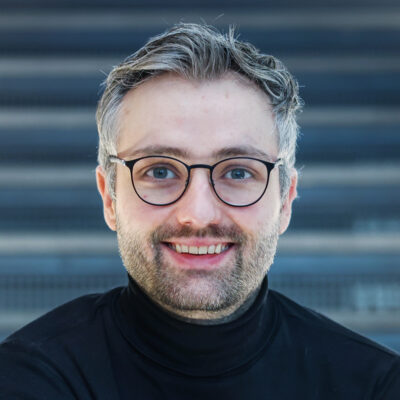