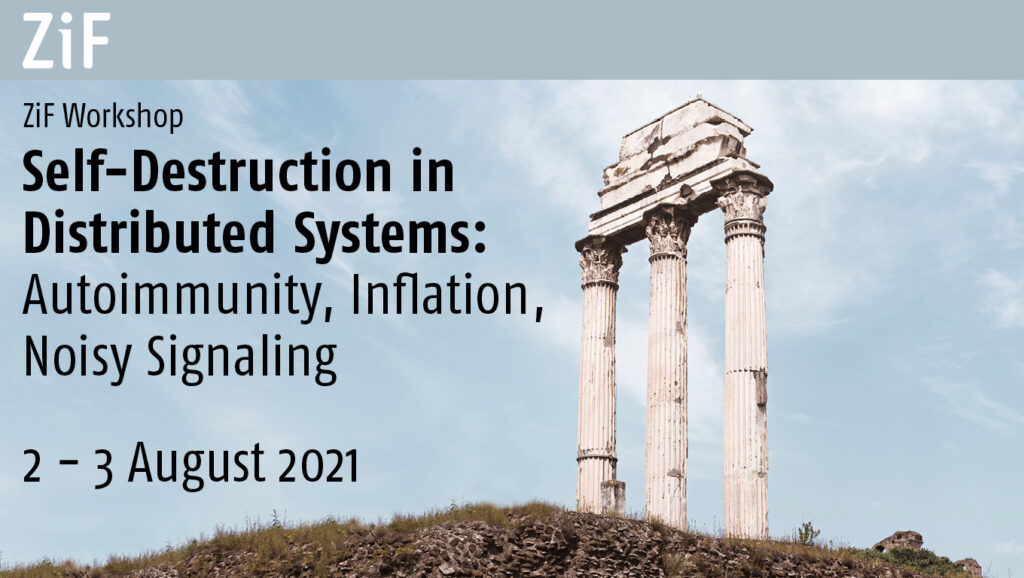 Across the natural and social world, some fairly advanced and apparently robust systems seem to suddenly destroy themselves without discernible reason, function or purpose. While some living bodies succumb to the diseases of their own making, empires collapse and revolutions, as the late 18th century French used to say, tend to devour their own children. Whereas such and similar cases have been extensively discussed within specific branches of scholarship, with occasional parallels exposed and analysed (see details below), the attempts to propose and test a general theory of self-destruction in complex systems remain, to our knowledge, a thing of the future. To move in this direction, we suggest a tentative hypothesis, claiming that the distributed nature of complex systems, often overlooked by scholars, may be chiefly responsible for their unintended self-annihilation. Further, we suppose that the relations of such systems to their own distinctiveness, time processes and other systems may result in specific pathologies (respectively, autoimmunity, inflation and noisy signaling) playing crucial role in self-destructive activities. To specify, amend, confirm or disprove these suppositions, we intend to enlist the cooperation of historians, psychologists, anthropologists, sociologists, economists, legal scholars, literary and language scholars, immunologists and computer scientists and information specialists.

The event takes place as a hybrid conference. To register for zoom, please contact: marina.hoffmann@uni-bielefeld.de