Normalization of the Far Right and its Mechanisms 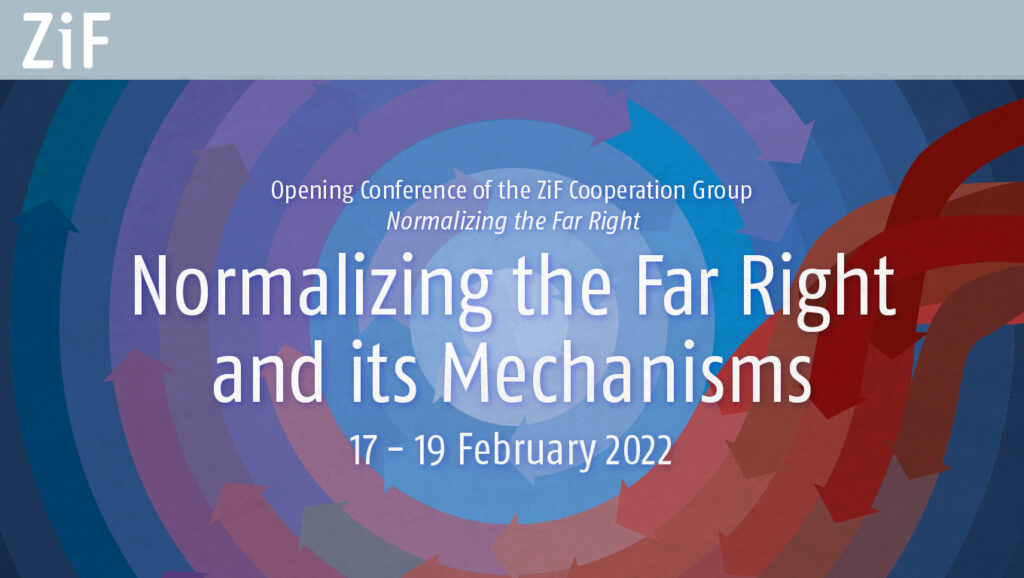 In the last few years, the rise of right-wing populist and right-wing extremist parties, politicians, movements, and groups has become a common phenomenon, contributing to the spread of far-right discourse, imagination, attitudes, and sentiments. In Europe, USA, Brazil or India, far right-wing ideas – whether combined with populism or not – are penetrating democratic public spheres and deeply affecting politics and society. Far-right ideologies question and even contest key democratic principles such as plurality, equality, and human rights. They are usually located outside the realm of democracy and face strong resistance within the democratic public sphere. However, with the rise of right-wing populism in the new millennium, far-right thinking has become more and more normalized. Right-wing populists and extremists have assumed important roles as opposition parties or even government roles. This normalization of the far right is challenging for democracy, since it changes the perception of what is democratically acceptable and what is considered as “normal” – the wide spread of racist and sexist language is a good example.

How do antidemocratic ideas, imagination, attitudes, social practices, and affective politics become socially acceptable and how do they affect identity formation? Are there common normalization mechanisms that traverse all these aspects of social life? Do they pervade different realms of politics and society such as political communication, media, culture, law, 3 etc. in the same way? And what are the resistance strategies to this normalization in politics and civil society? The goal of this cooperation group is to detect the mechanisms that spread and normalize the far-right thinking, and to depict how the boundaries of the normal are shifted through the transformation of what is speakable and doable within democracy. The project is not dedicated to the study of extremism but to the permeation of the far-right ideologemes in the public sphere. This cooperation group therefore adopts an interdisciplinary perspective and works with international comparisons. We aim to promote a dialogue among international scholars in sociology, political science, law, history, media, and cultural studies. We will focus on mechanisms that normalize the far right, their effects on political culture and institutions, and also analyze democratic resilience and resistance within politics and civil society.

Please direct questions concerning the organisation of the workshop to Trixi Valentin. Questions regarding scientific content and contributions should be directed to the convenors.