Comparing plays an important role in the dynamic processes of knowledge-production and circulation
in travel narratives. This conference focuses on the relation between traveling and comparing regarding travel accounts in and from the Americas between the 18th to the 20th century.

The international conference wants to initiate a transdisciplinary dialogue between scholars who do research on different narratives and genres of travel literature in various languages, and scholars who study situations of cultural contact and/or historiographies of travel; this dialogue will be centered on the overarching topic of practices of
comparing.

The conference is organized by Julian Gärtner and Marius Littschwager in the context of the SFB 1288 subproject B03 „Comparing and knowing the world: European world travel narratives from the eighteenth to the twentieth century“. 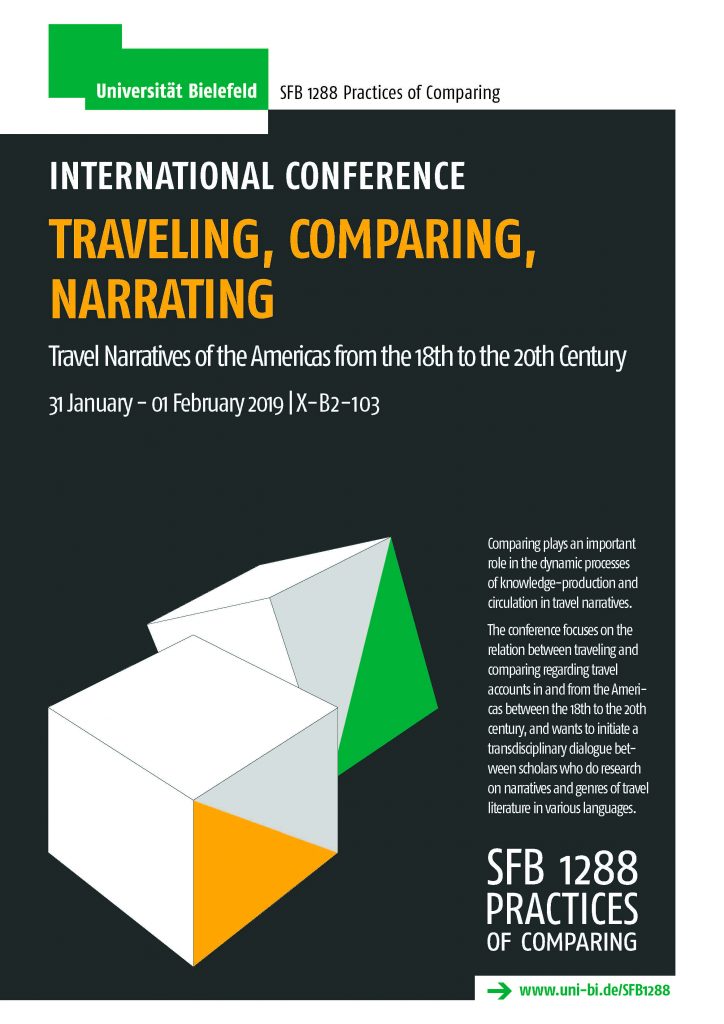