Workshop of the ZiF Cooperation Group "Volcanoes, Climate and History" 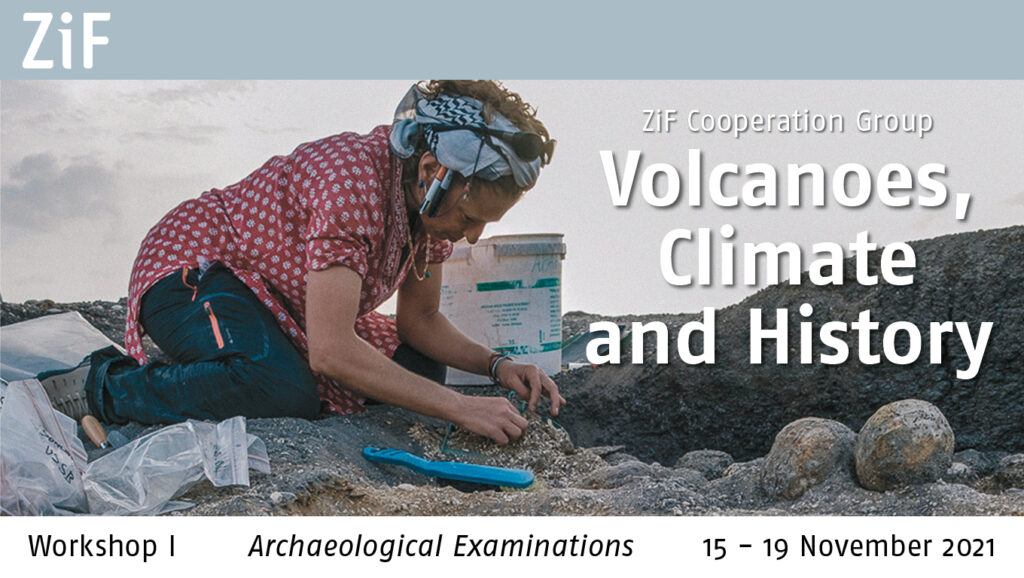 Volcanic eruptions can affect the Earth’s climate system, and climate variability occupies an uncomfortable place in historical enquiry. Even though human demography and history are closely connected with environmental conditions and change, most historians and archaeologists have been reluctant to consider climate for understanding political, economic, social and cultural transformations. Much of the scholarship addressing these complex relationships continues to be constrained by the disciplinary limits of individuals and institutions.

VCH will engage with the interface of climate and history in a new way, beginning with the premise that exchange and dialogue across disciplinary and epistemological divides should be habitual practice. Five one-week meetings of the seven Core Group Fellows, together with an additional six scholars per meeting, will allow us to disentangle the possible climatic and environmental responses and societal consequences of volcanic eruptions. Our hypothesis-driven meetings will prioritise those challenges that constitute present frontiers of knowledge in any given field. Through the generation, interpretation and integration of new environmental and societal evidence in the form of large, high-resolution spatiotemporal primary datasets from different disciplines, time periods and regions, we will interrogate the direct and indirect influences of volcanically-induced climate and environmental variation on historical trajectories. Overcoming reductionistic and deterministic methods we will answer the following questions: How have volcanic eruptions affected the Earth’s climate system, and how have environmental responses impacted agriculture, human health, demographics, settlement, social structure, commerce and conflict? How have societies in different periods of the Holocene and in different parts of the world responded to the direct and indirect influences of volcanism, and why were some eruptions more devastating than others? What role did past volcanic eruptions, together with the associated climatic changes and environmental responses play in the outbreak of major plague pandemics?

VCH will establish novel conceptual and methodological approaches, and intellectual pathways to conduct rigorous comparative research that bridges the knowledge gaps between archaeologists, climatologists, ecologists, historians and volcanologists. Our long-term contributions to understanding historical trajectories will be influential within the academy and ongoing policy debates, and prove inspirational and informative to a wider public fascinated by our past, and increasingly concerned with future wellbeing. Highly relevant to the field of global change research and supplemented by media coverage, the scientific breakthroughs from each meeting will be published in leading disciplinary and interdisciplinary journals.